Coach Lee Inducted Into the Ohio North Hall of Fame

Here is an excerpt from our Director of Coaching, Kirk Brazeau’s introductory speech at the 2019 Ohio North Hall of Fame ceremony on Saturday, November 2nd, 2019.

As both a player and coach in our community for the past 26 years, I have been fortunate to get a firsthand look at the US soccer community and its demands as a player, coach and administrator.  During this tenure, I have been able to understand and see those who have been most influential to grassroots soccer throughout the Local, State, Regional and National Levels. These are the very special few who can build a successful and decorated resume that can show the influences not only to those within the game, but also to their entire community.  I have been lucky enough to have had a front row seat to the player development, individual and team success, character growth and true foundational influence that Lee Aliakbar has given to the Ohio North soccer community over the past 33 years.

Since 1987, Lee has been serving as the Executive Director for the Toledo Celtics Soccer Club, and the club has experienced unprecedented and robust growth and achievement during this time.  Prior to this, Lee spent his playing career on the Under 17 and Under 19 Iranian Men’s National teams, as well as playing professionally for Tehran Javan, Persepolis and Bonyad Mostazafan.  Lee has coached essentially every level possible since he began his career in the 80’s, serving as a youth club coach and director, high school coach, collegiate coach as well as a coach at the USL PDL semiprofessional level.  Lee has also been a part of the Ohio North ODP Coaching Staff for players and the instructional staff for coaching education and worked as a regional talent scout for Indiana University.

There is no doubting that his influence, passion and desire is directly and fully devoted to teaching the game of soccer to anyone he may speak to.  It would be remiss of me to say that some may feel that he can be very polarizing, but I strongly feel, especially having not only worked with, but not only coached by him directly over the past 26 years, that his impact upon the game of soccer both in the Ohio North and Northwest Ohio soccer community has not only been positively crucial, but also extremely extensive.

Throughout the last 33 years, Lee has been able to impact so many people with his bold character, high game knowledge and passionate verve – often lending his hand to many during their time of need, but also supporting the cause of developing soccer within the state and the country.  I sincerely know that many of his closest friends, colleagues and peers - ranging from some of the most highly regarded and decorated soccer contributors in the country, to those who compete with Lee consistently - respect what his vision of soccer is and has been for the soccer community for the past 33 years.

Lee has been an absolute pillar of the soccer community within Northwest Ohio, and his reach spans from coast to coast with the respect that he has earned through his career.  Lee has checked every classification box for Hall of Fame consideration and continues to work diligently within the soccer community to try and help in any way he can.  He has helped countless individuals, in many cases behind the scenes, to become better within the game, either by offering advice, supporting a cause or even offering a job.  While we know that his stubbornness can be well documented at times, this is also a great indicator of the belief and confidence that Lee has offered to anyone who has had the ability to work with him throughout his career – all of which have been spent making the game exponentially better in the Ohio North community.

As someone who works with Lee each day through the good and the bad, I passionately agree that Lee fully encapsulates the qualities, accomplishments and influence that proudly represent this unique appointment. A long time ago, when I made the decision to continue on within the game and set my coaching career in motion, Lee was the person who was there to welcome me in, mentor me and teach me the lessons that have done him well during his career.  Ever since I began my relationship with Coach a little over 26 years ago, I knew that I wanted to do everything I could to be able to show my gratitude, appreciation and make him proud.  I wanted to show the community that there is so much more than just the man they see on the sidelines – someone who impressed me from the first moment I heard him speak.

I have made it a part of every day, my life’s work up until this point, to be able to show every person that would listen, just how important Lee’s contribution to the soccer community has been.  I am living proof of his impact and have been through and able to share every emotion with Coach, from the exuberance of joy, to the tears of frustration – and have tried my best to be able to give back to him some of the great things that he has given to me.  So, at this moment, I stand up here extremely proud to witness this honor be awarded to someone who has not only meant so much to our Ohio North community, but also our club, our players, and to my own family. Thank you for everything you are coach, and for everything you have been – and I am so thankful to offer my most sincere, passionate and heartfelt congratulations to you coach, on a vision and career that has meant so much, for so many – and every single one of us wants to express how proud we are of you. 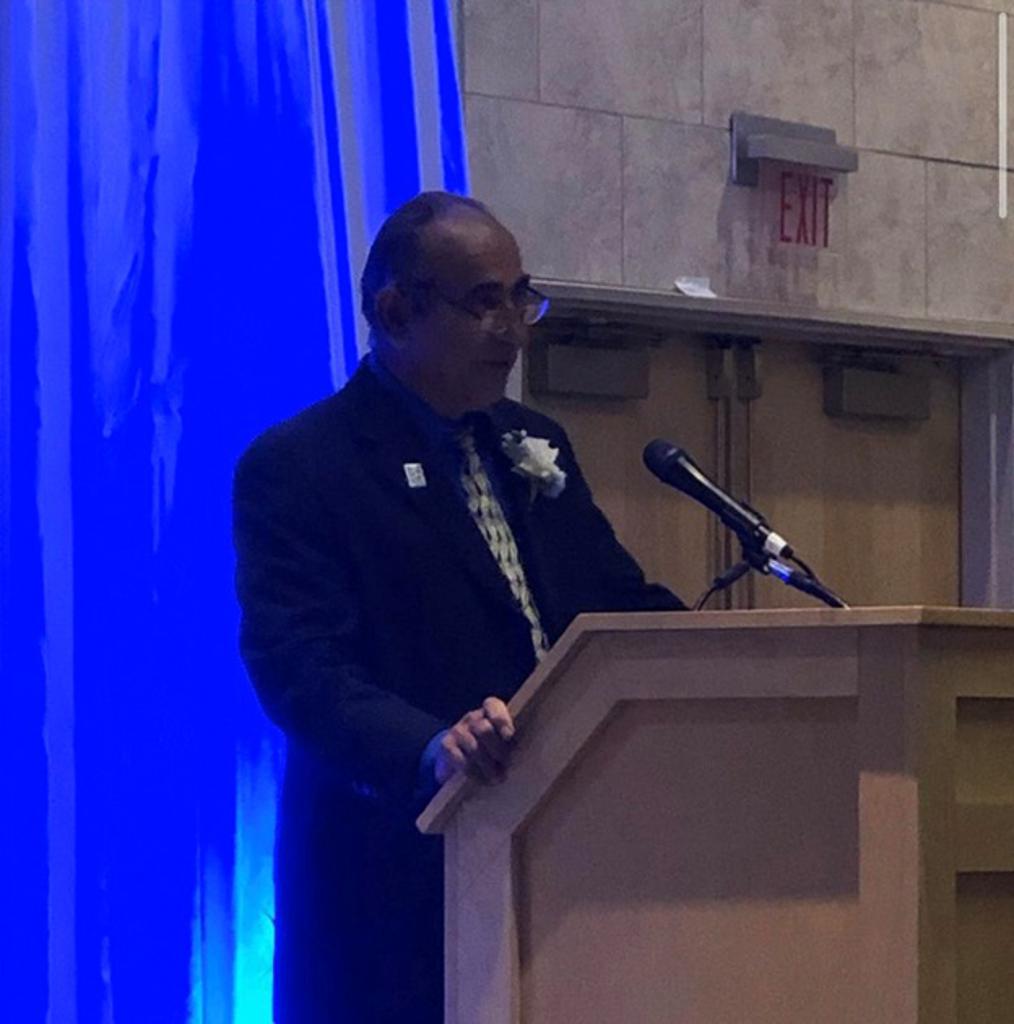